One of our UVM interns from last semester, Melanie Wetmore, wrote a paper on Nature Deficit Disorder, a proposed framework for understanding the effects of our cultural disconnect from nature. Presented here is a shortened version of her essay. Enjoy! 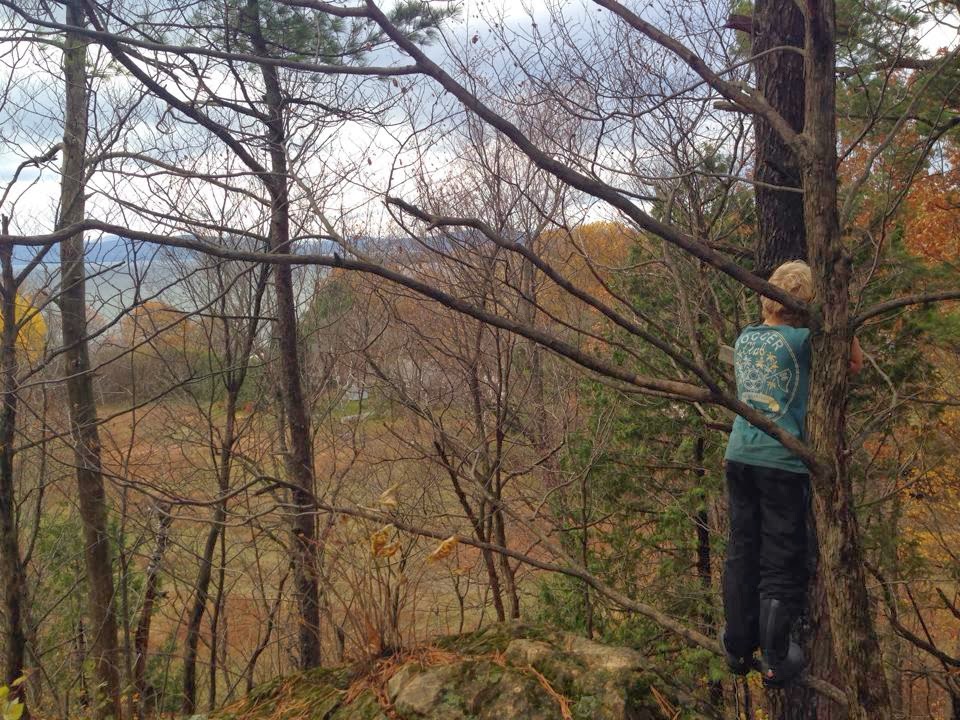 On a brisk October morning in Burlington, Vermont, a strange, nasally, high- pitched squawk echoes throughout a misty, dew drenched field. While most elementary school teachers don’t get their students attention by screeching American crow call, Teage O’Connor’s way of ringing the morning school bell is slightly more exotic. The children, currently playing in the nearby field, excitedly spring over to the trailhead.

Crow’s Path is a nature connection program in Vermont focused on providing children with a positive outdoor experience. Students miss their regular school day once a week to come out to the woods. These alternative education programs utilize nature-based mentoring to reconnect youth to the natural world.

Over the past two decades, children in the United States have lost an estimated nine to twelve hours of outdoor free play per week. Instead, sedentary childhood lifestyles are becoming the norm, with children spending about thirty hours a week in front of a television or computer screen.

More than one third of our American youth are categorized as ‘obese’ or ‘overweight’. Pediatricians warn that our current youth may be the first American generation to die at a younger age than their parents, a trend unique in American history.

The rate at which American children are prescribed antidepressants has doubled in the past five years, with the most notable of increases occurring in pre-school aged children. Almost 8 million American children suffer from mental disorders, with Attention Deficit Hyperactivity Disorder (ADHD) topping the list. In his novel Last Child in the Woods, Richard Louv claims Nature Deficit Disorder as an appropriate layover description of a potential aggravator of attention difficulties for many children.

Nature Deficit Disorder (NDD) isn’t a medical diagnosis, but rather a term coined by Louv. NDD describes the implications for human health from the developing void between humans and nature.

The ‘biophilia hypothesis’, theorized by Edward O. Wilson, suggests that humans have an instinctive relationship with other living organisms, both flora and fauna. Nature mentors throughout the state agree that it is every human’s natural instinct to play in and be a part of nature. And today at Crow’s Path- that’s exactly what they’ll do.

The medicine wheel is symbolic of the ‘never ending cycle of life’, and the natural cycles all humans encounter within their lifetime. North American indigenous tribes used this practice for teaching, healing, and cultural traditions.

Each morning at Crow’s Path begins in the East with spontaneous games. The curriculum follows the sun, moving next into the South. The South portion of the day is focused on teaching naturalist skills such as fire by friction, wild edible identification, or carving. Next is the West, when students gather around a fire to share stories from their day. Lastly is North, expressed through personal reflection.